We’re Having a Contest!!

Working at the Air Potato Biological Control Program in Gainesville is a lot of fun! Many of you know what the beetles look like, and maybe you ordered and released them in the past, but do you know who actually gets to raise them for you?? Today they had a contest to see who could catch the most air potato beetles. They all used their favorite beetle catching method- who do you think won? Hint: between all 3 of them they caught 585 beetles.  Post who you think caught the most (Smith, Elise or Cassie) and how many they caught in the comments below! At noon on Tuesday July 2 we will look at all the entries and the two (2) entries that come the closest will each win an official Air Potato Patrol t-shirt! (So you need to tell us who you think won and how many beetles that person caught).

The contestants: On the left we have ‘Sneak-up-on-them-Smith’. In the center there’s ‘Sharp-shooting-Elise’ with her beetle-holding holsters. On the right there’s ‘Bass-shaking-Cassie’ who likes to shake the vines to drop the beets!! 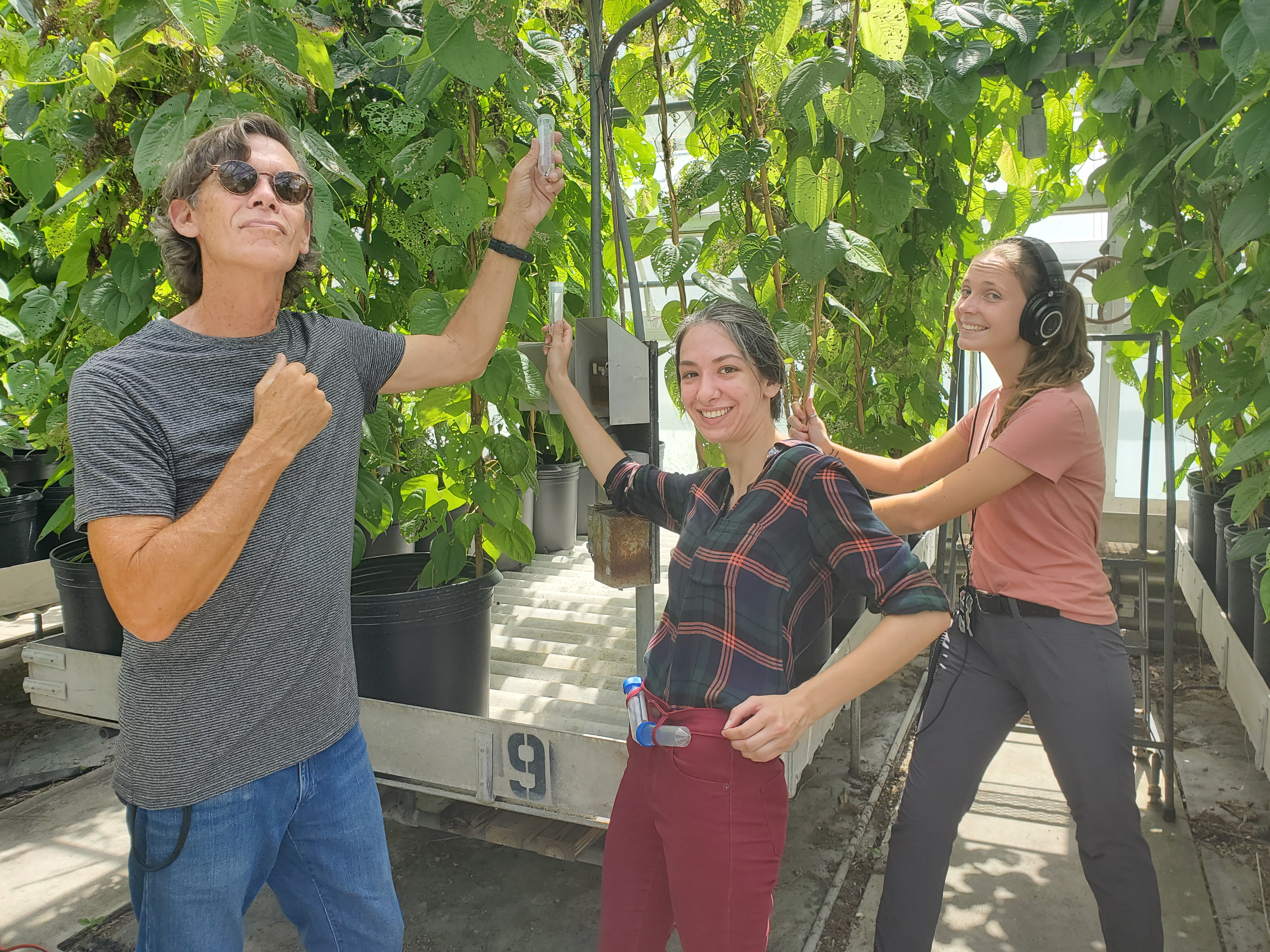