The Air Potato Patrol is a citizen science project that involves scientists and researchers with the USDA and the State of Florida and of course you — citizens concerned about the effects of invasive species on our economy and environment.

The project, created by Dr. William Lester with UF/IFAS Extension in Hernando County and Dr. Chris Kerr with the Florida Department of Agriculture and Consumer Services,  began in the spring of 2016 when the air potato beetles failed to return on their own. It was then that we realized there was a lack of knowledge about the habits and biology of the invasive air potato vine and the beetles that had been released as a biological control.

Our goal is to educate and involve as many members of the public as possible to help control air potato vine in Florida.

How we plan on doing that is to involve YOU in the process as our eyes on the ground and around the state.

Science is making great strides in better understanding air potato vine, how to stop its spread and how to better control it, but we need your help.

We’re looking for volunteers who are willing to go through our training and report data to the researchers on what is happening to the air potato growing on your property. This citizen science project is open to anyone who wants to help and is easy to become involved with.

What Is Citizen Science?

Have you ever wanted to assist with a science research project or have a hand in solving an environmental issue in your own town? NOW IS YOUR CHANCE!

Citizen Science projects are a great way for residents to get involved with the scientists and researchers who are working to solve problems that impact us all.

Our volunteers will have the opportunity to get involved with ongoing research and learn the newest information on the battle against Air Potato Vine.

How Do You Become a Citizen Scientist?

THAT’S THE EASY PART! We have several training videos that you need to watch to learn about air potato vines, other similar plants, how the vines have been controlled up until now, and our new best friend the air potato beetle.

You will also have a brief pre-test to take at the beginning and a post-test at the end.

Then we need your contact information so that when we have a question about what is happening with the air potato vines on your property we can contact you.

All you have to do is check your e-mail and when we send a survey question, observe your air potato vines, and respond.

We typically need to know if the plants have died back (from winter weather), started to grow in the spring or if you observe any beetles feeding on your plants. 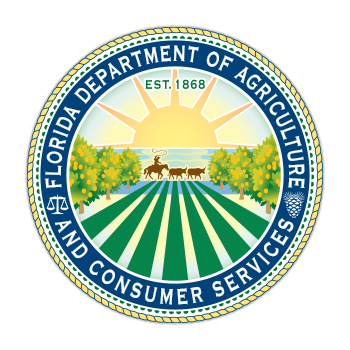