We still get questions and read comments on Facebook from people who are concerned that the air potato beetles they release in their yard are going to eat their lawn or landscape plants. They worry that if the beetles run out of air potato vines they will begin to feed on other plants. This just isn’t true. Many insects are ‘host specific”, which means that they will only feed on specific plants. The air potato is one of these. After being discovered in Nepal and China, these beetles were brought to secure lab facilities in the U.S. and put through years of testing to make sure they will not eat anything we don’t want them to. The results of that research are available here:

if you are interested in reading it. Since these beetles have been released in Florida, beginning in 2016, there have been no substantiated reports of air potato beetles eating any other plants other than the invasive air potato. Just because you have insect damage on a plant, don’t assume it’s an air potato beetle doing the damage. 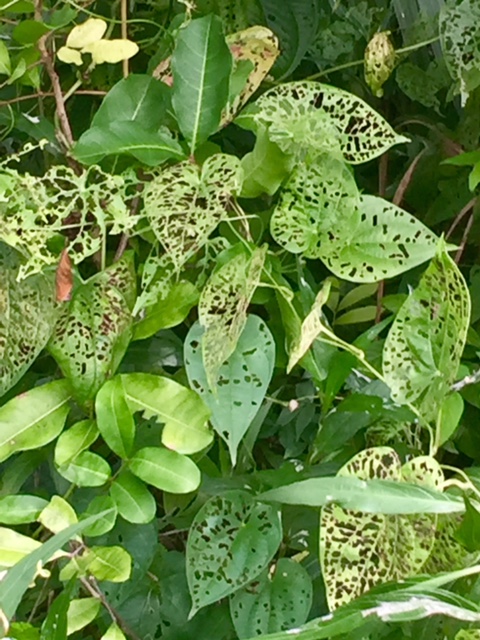