A Week In The Life Of A Beetle Rancher

Rosemary Murray is an OPS Laboratory Technician IV in the Methods Development & Biological Control Department, Division of Plant Industry,
Florida Department of Agriculture and Consumer Services. That’s a really long name for someone who helps to raise air potato beetles for public release. Thanks Rosie for all your hard work and the regular updates to let the public know where the beetles come from! 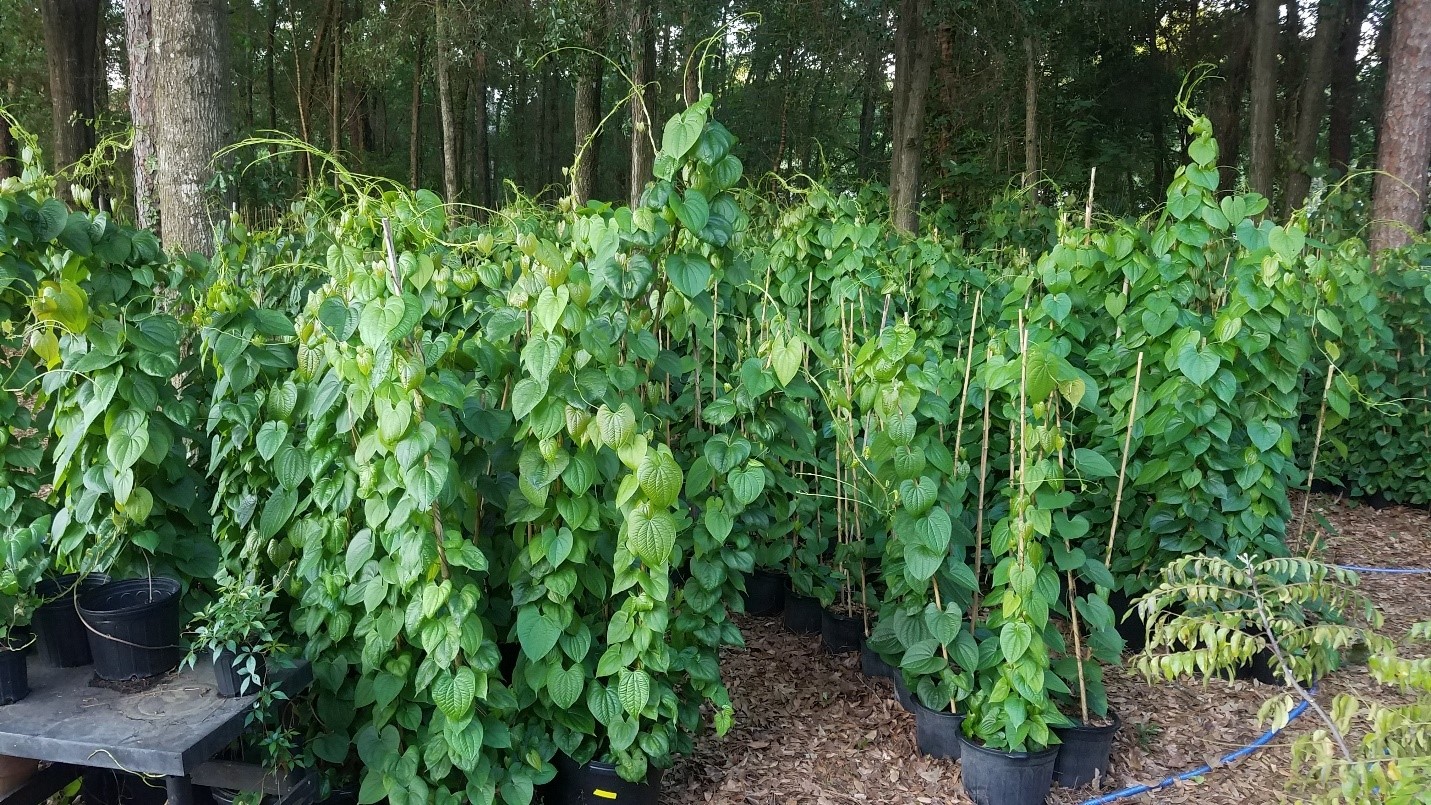 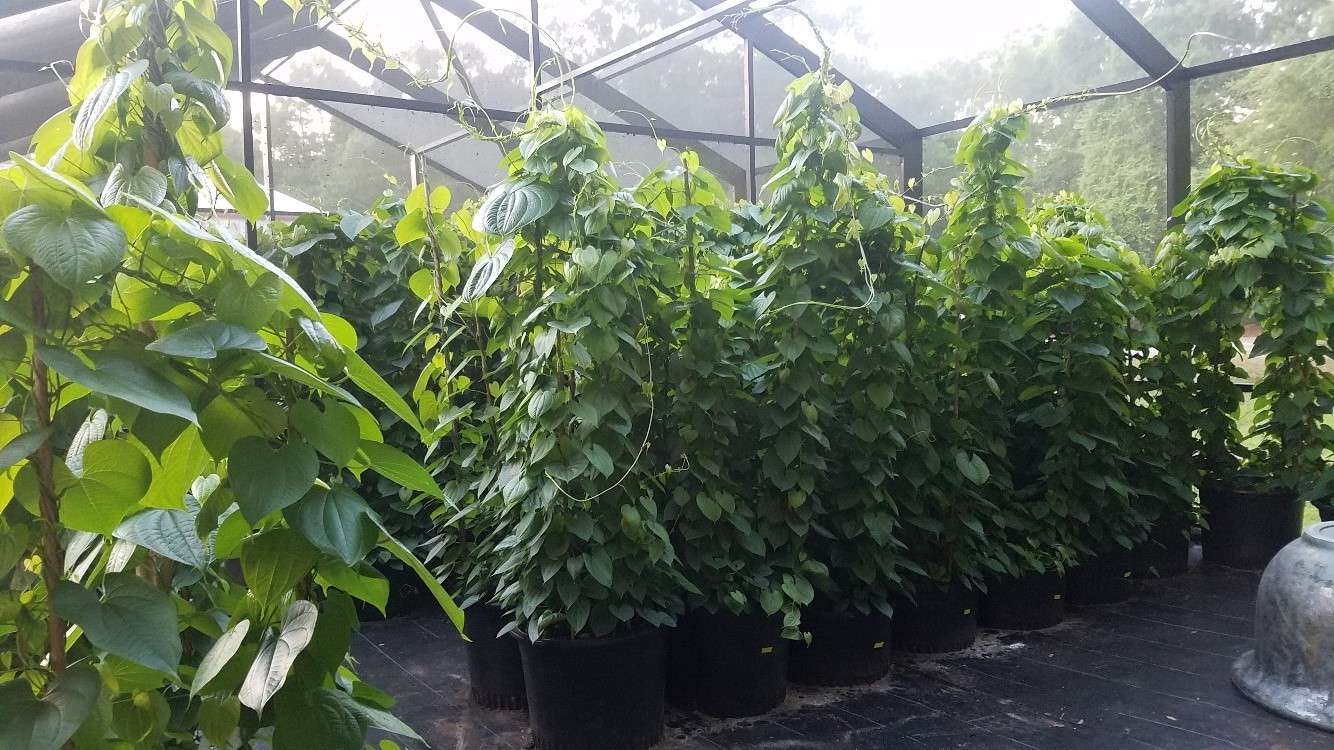 “After releasing 200 beetles in our screenhouse last week, feeding damage can be found among the vines. While there are signs of leaf cupping (when the beetles strategically bite the veins of the leaf causing the edges to curl in), there are does not appear to be eggs in the cupped leaves or elsewhere.” 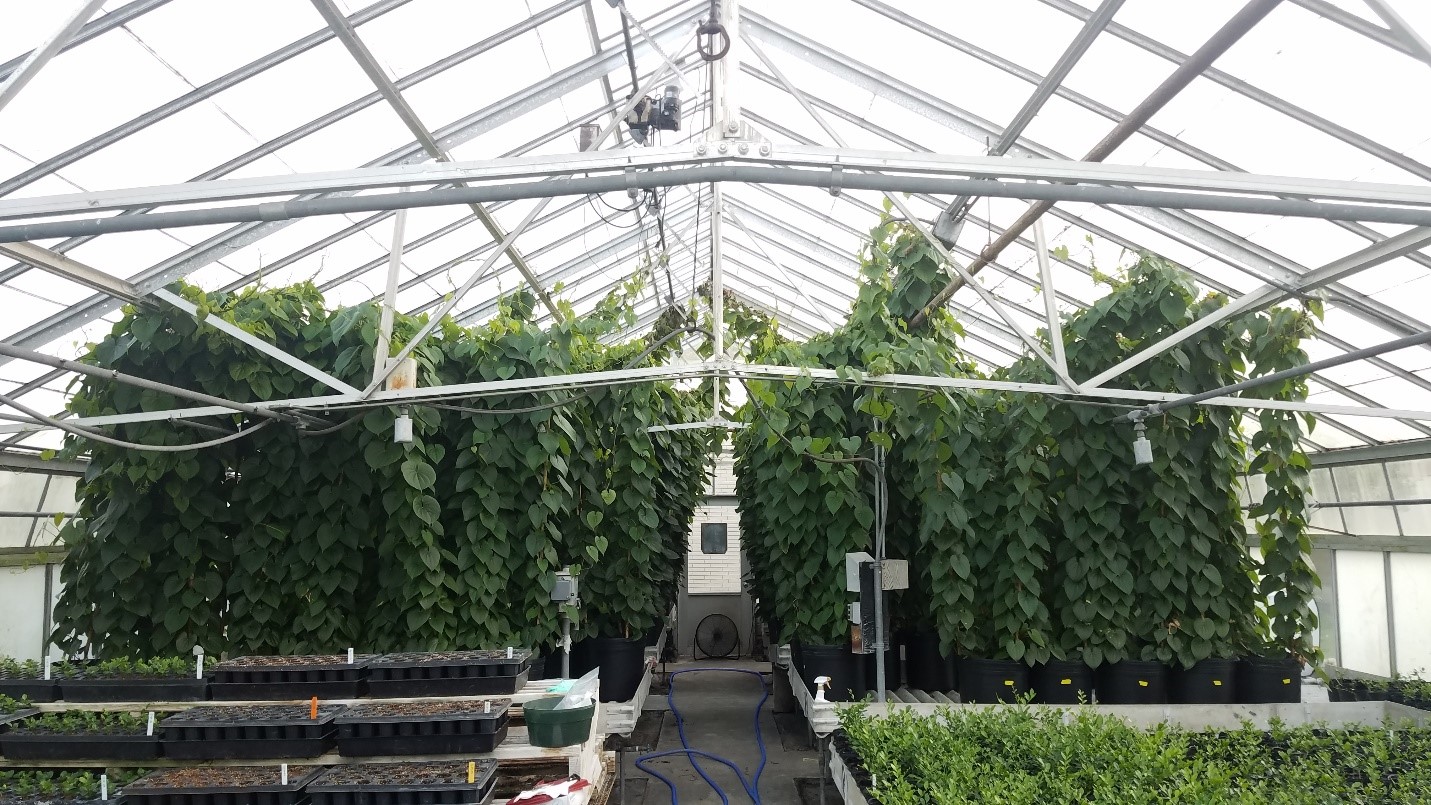 “We have collected most of the larvae from the first group of beetles released in our large greenhouse and are now waiting for the next batch to begin laying eggs.” 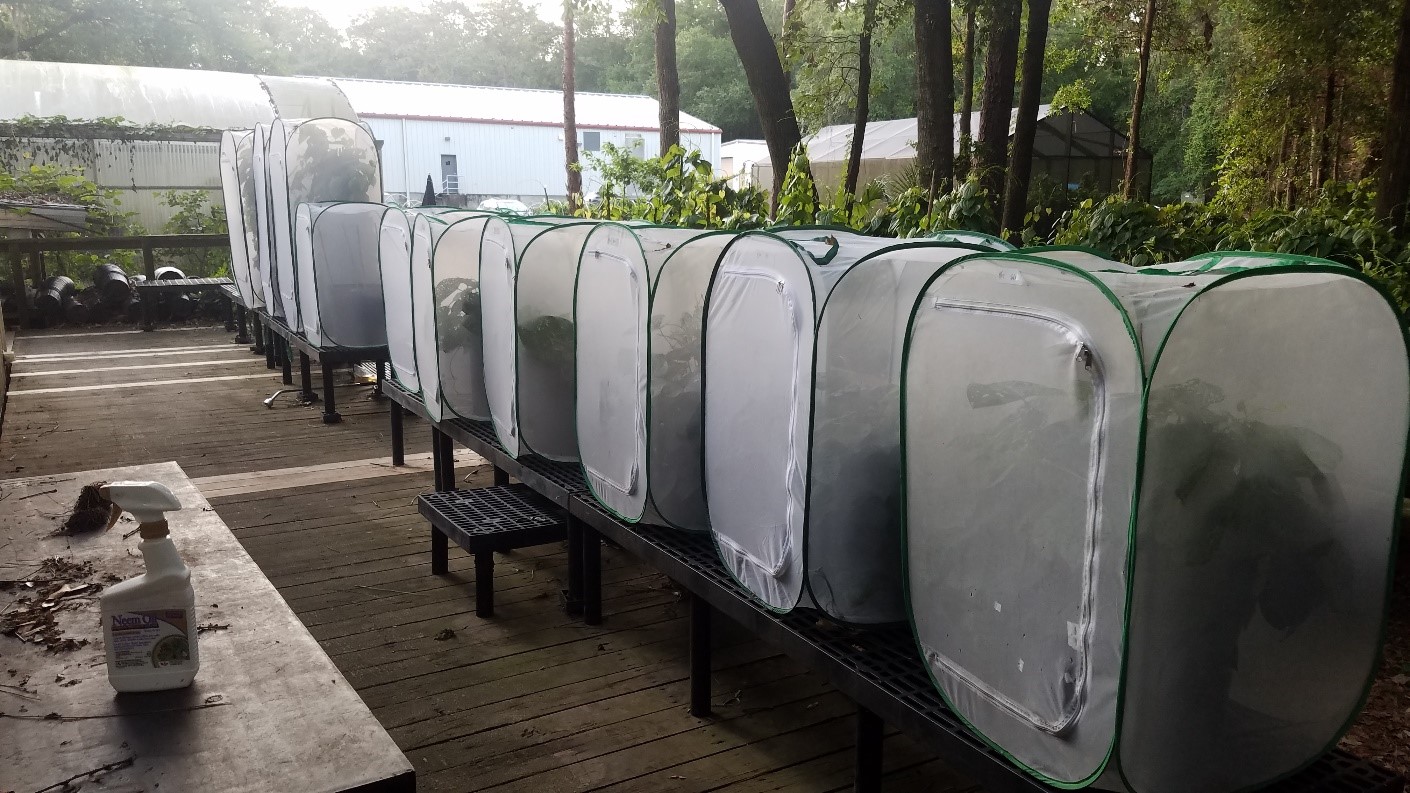 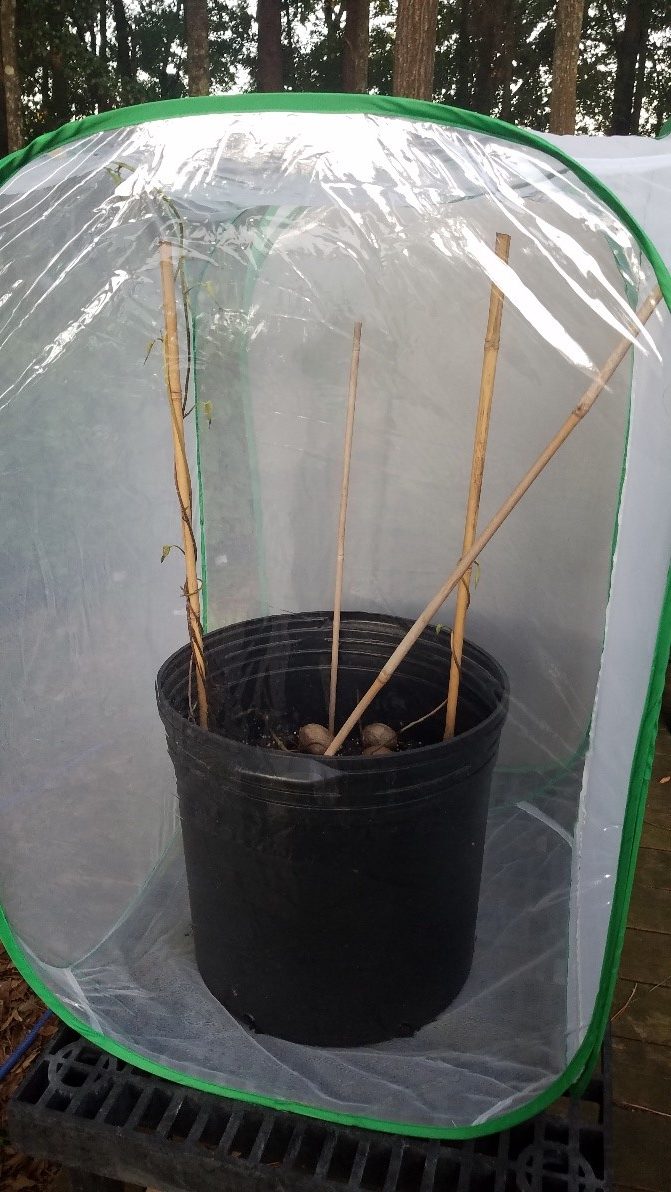 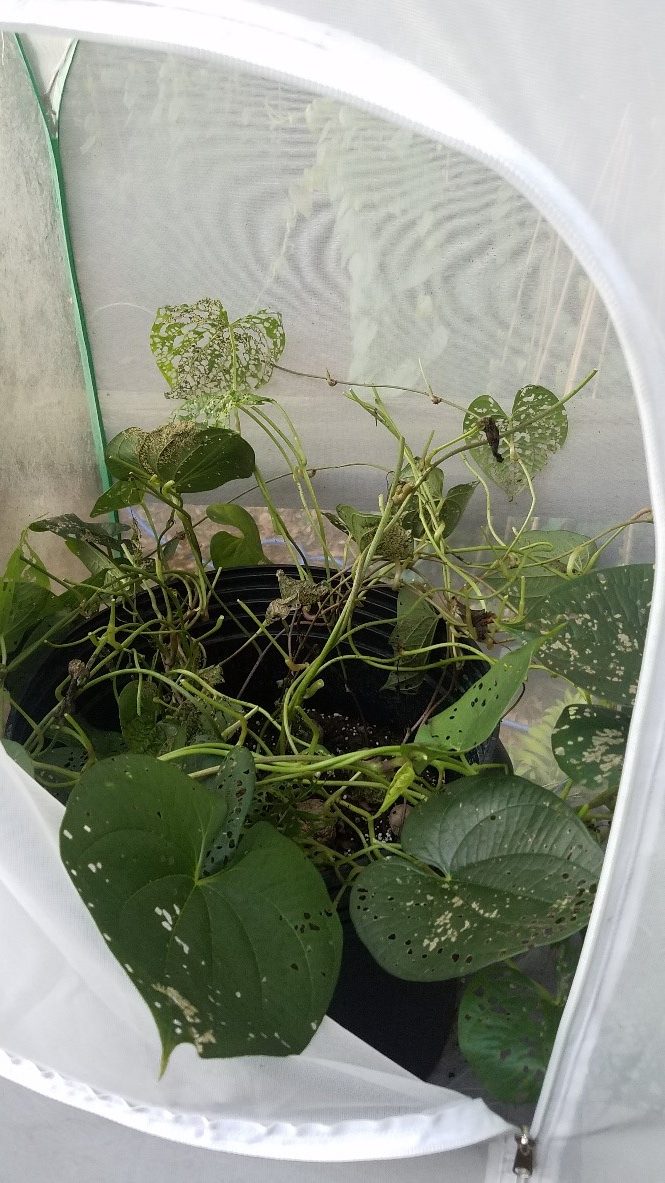 “We have added a couple bug dorms (Fig. 4) to increase isolated beetle production. Each dorm contains a small number of beetles and a single pot with several bulbils (Fig. 5). The beetles ravage the air potato plants quickly, leaving very few healthy leaves in their wake. Someone from our team periodically removes the dead leaves, making it easier to find larvae and creating room for new growth (Fig. 6).”